For whose who did not see this before, I had made two Qipao attempted in the past few years. While I was happy when them when I first made them, I soon realized that the fit is terrible (with the pointers from fellow burdastylers and me stop denying that my decently sized boobs are getting squashed into a flat mess in those dresses).

I had been wanting to make a better fitted qipao ever since. Only this time, the bodice will fit better. Instead of closure off the front shoulder like it traditionally does, I will make a zipper in the back and have a mock closure. I had a terribly hard time making the front curvy seams meet at the closure and it still gaps open when I wear them.

I also wanted some inspirations for a “50-hong kong hair style”, as suggested by some of you for a 50s hairstyle. So when I read about “In the mood for love” at living in, I decided to watch that movie and take some screen shot of the movie of every single dress she wore and get some hair ideas. At the end, I was so ready to make a qipao! She wore exactly 20 dresses in the movie, one of it didnt have a good angle to take a screen shot, but I made it up with another women’s dress. She always wear a qipao with the exactly the same cut — high collar, perfectly fitted bodice, and down to the knees hem; the sleeves and fabric are pretty much the only thing that changes. 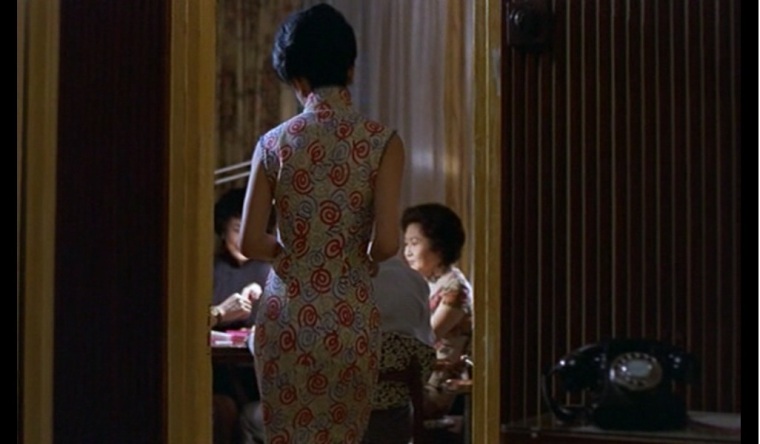 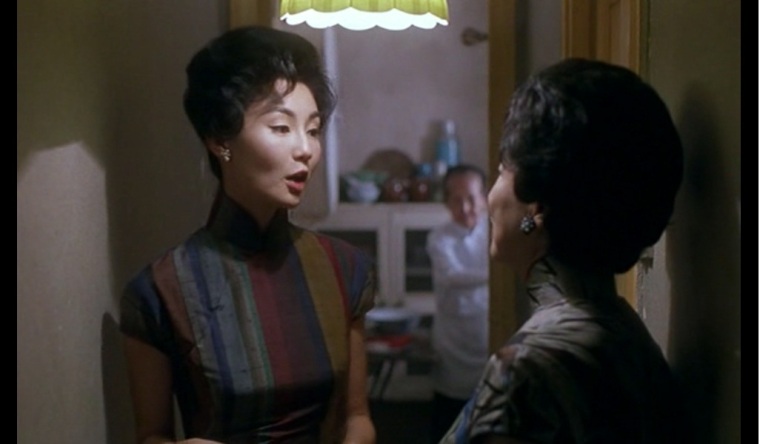 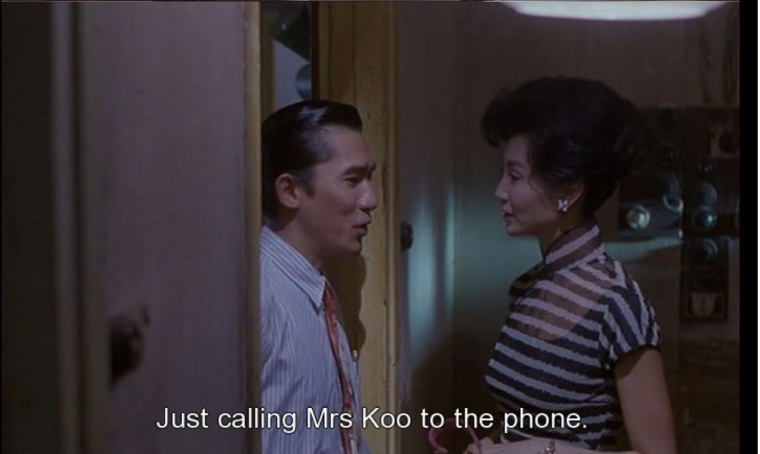 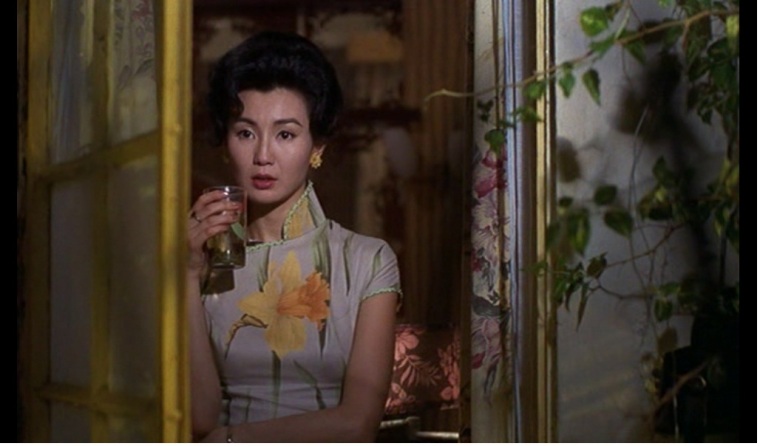 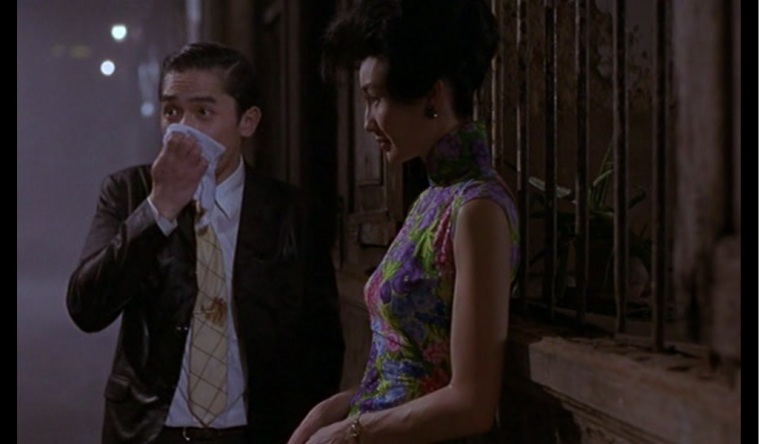 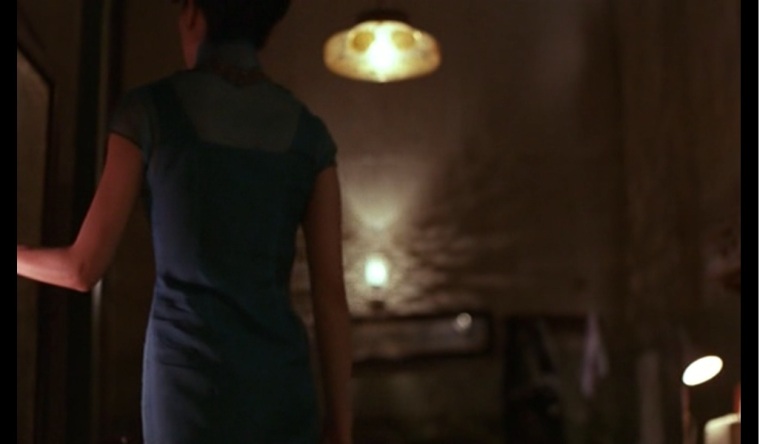 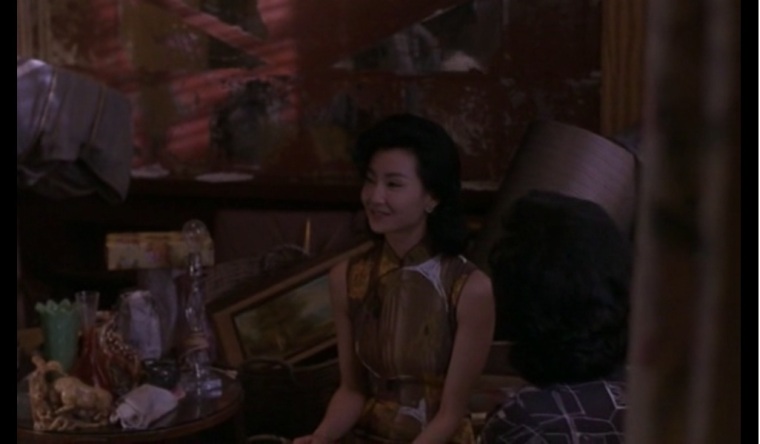 You can click on the photos to see a bigger picture! If you hover over them, it will show the dress number too. I think my favorites are dress 4 (cute doodle always wins), dress 10 (omg, perfect stripe qipao!), dress 14 (time to get another patch of those linen I used for the 50s dress), and dress 20 (unexpected fabric choice, the happiest qipao i have ever seen!). What are your favorites? 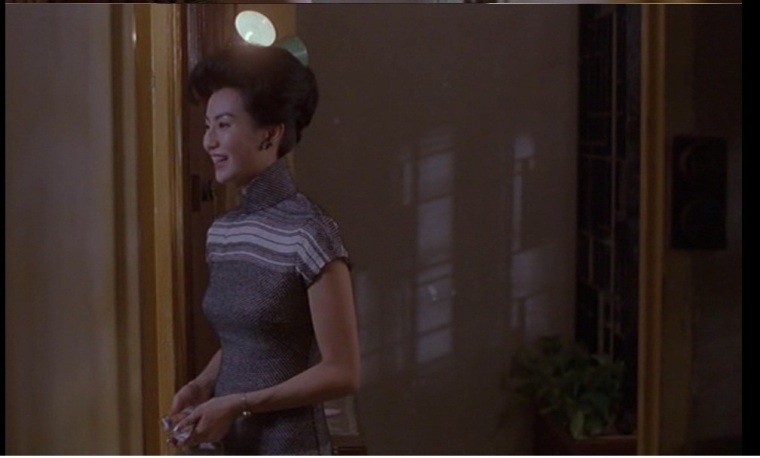 I think the horizontal striped qipao is my absolute favorite. Its monotone, but not boring, even the gray part of the fabric has such interesting texture. The stripes are simple and not overwhelming, well placed on the shoulder and hips. Its just so, modern (for a qipao), chic, elegant, retro (for our era), and tasteful! I think I also spot two darts right around her boob area, on the side, one horizontal, one french. Do you see it?

Unfortunately, she spots only 1 single huge 60s hair throughout most of the movie. And I always disliked huge tossed up hair. There’s just something… unnatural about it. She did (spoiler alert!) change up her hair in the later part of the movie which is less big. Despite that, I think she was beautiful in the movie! But I dont think I will be using her hair here as an inspiration.

And yes! it was a pain capturing all the dresses and uploading them! But I do it for you, dear readers. So tell me! which dresses do you like the most? do you think you will attempt a qipao at some point? (teehee, is the guilt trip working?)

This entry was posted on Friday, September 24th, 2010 at 8:31 pm and posted in inspiration. You can follow any responses to this entry through the RSS 2.0 feed.
« Strawberry Hallucination Dress
Two Cuties »

11 responses to “Crazy for Qipao”